Today is my LAST DAY of summer break! My Junior year in Elementary Education begins on Monday, August 18th. So, for the next few months, the majority of my posts will probably center around essays, exciting new educational theories, and research papers.

But there’s plenty of time for that in the upcoming months. In this post I wanted to reminisce my summer. I like to keep busy over breaks, instead of just wallowing in free time. I feel that I’ve had a fairly productive three months, although I didn’t get to NEARLY all the projects that I’d hoped to!

Note: These projects are randomly listed and not in any particular order.

#1 – My book. Namely “Cheeper,” the story of the orphaned baby robin that we raised. I’m hoping to have it released (the book, not the robin… we released him long ago!) this fall. Over the summer I’ve been working on editing the story as well as finishing the illustrations. I did not finish either the editing or the illustrating in the few months of summer break that I had, but I was able to make a dent in it. I hope to continue plodding away at this project on weekends and between school assignments. 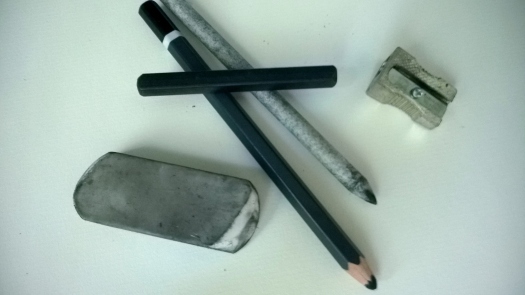 #2 – CSR Training. In case you’re unfamiliar with that acronym, CSR stands for Customer Service Representative. This was a training course that I was able to take online through our business. I’m just finishing the fourth and last level, and will receive my certification soon. It was totally worth my time and effort! I’ve been doing CSR for the past 7 or more years, so at first I thought that this class wouldn’t be able to teach me anything I didn’t already know. Well, I was wrong. Although this class did cover a lot of basics, it also gave a lot of tips and details that have immensely benefited my CSR abilities.

#3 – Job Hunting. I have a wonderful job as a secretary/bookkeeper for my parents’ carpet cleaning business. I have worked for them ever since I was 12 years old. With the idea of broadening my horizons and experience, though, I have begun to look for an outside job. I’m not just applying for just any old job (gas stations, grocery stores, etc.). At first I was looking into office jobs (the field I have experience in) and childcare/education jobs (the field I am being educated in). I was offered two different office/customer service positions over the summer. The only problem was that I kept comparing the job offers to my current job with mom and dad, and none of them were nearly as good (lower pay, less advanced position, not very good hours, driving and gas expenses added, etc.). So, I’ve decided to quit looking for office jobs and stick with our family business, but I am still hunting for a position in the Education field. Since I’m going into Elementary Education I’d really like some hands-on experience in the field. I’ve gotten a few interviews, and one job that looks like it just might be a winner!!!

#4 – Painting the Stairwell. I really wanted to do some deep cleaning over the summer, but I knew that there was no way we would get to everything. There was one project, though, that I especially wanted to complete–painting our stairwell and steps. If I did nothing else all summer, I wanted to do this! So, I set to work with some leftover paint that turned out to be just the perfect color and amount! It is a cheery pinkish-yellow, which certainly is an improvement on the dull greenish-white! Here are the before, during, and after pics. What do you think?

#5 – The Garden! I’ve never really enjoyed gardening (especially weeding), but this year I have taken a decided interest in our family garden, and have learned to like many aspects of it. This beautiful garden has been keeping us extremely busy over the summer, with weeding, tending, mulching, and harvesting. From this bountifully-blessed piece of Eden we’ve reaped bushels of delicious, crisp lettuce (it was a wonderful lettuce year), I don’t know how many quarts of green beans, and we’re now getting in some corn, broccoli, kale, collards, and cucumbers. Tomatoes are coming, but will be late this year. And the multi-colored gladiolas that we planted look so pretty in the midst of all that green!

Have you ever seen yellow, red, or white gladiolas? I thought they only came in pink. 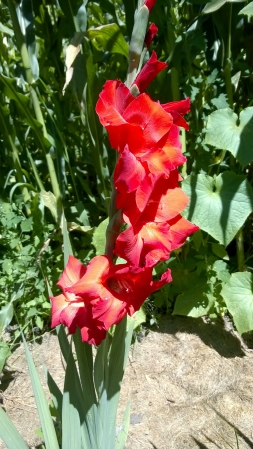 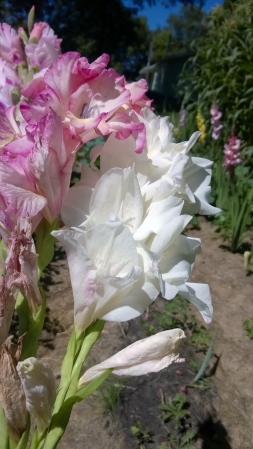 And that was my summer! Well, ok, I did do other things besides that, but they were so trivial I didn’t think you’d be interested in hearing about them. 🙂 What did you do over summer break?