Skip to content
This project took me forever to do, but I really like the finished product. The idea was to create an “infographic” showing how to complete a process of 5 or more steps–something that we are good at. Here were a few of my ideas. 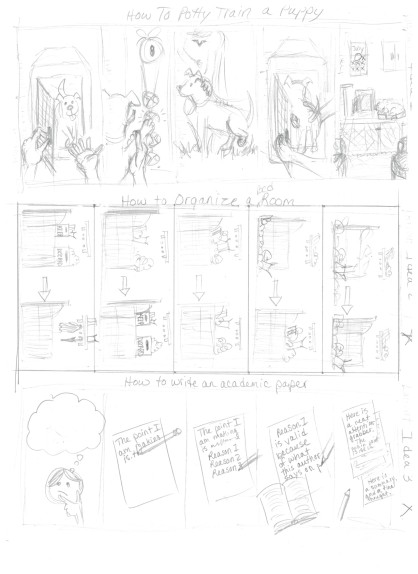 I decided to go with the How to Organize a Bedroom infographic, and came up with a few different layout ideas: 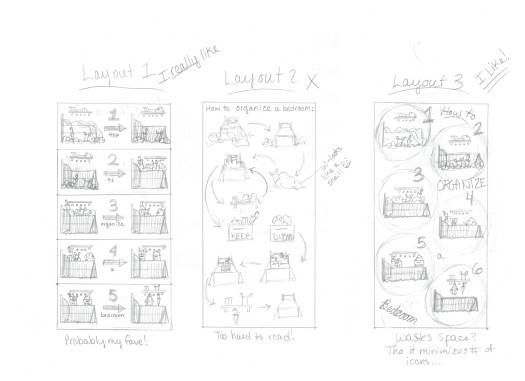 Up until the last minute, I was designing this project according to Layout 1. If it hadn’t been for the second opinions of my family, I probably would have submitted my original idea. Just about all of them who looked at the completed version, found it difficult to read, as each row starts with the same picture in the last column of the previous row. I didn’t think it was hard to understand, but that is probably because I was the creator of the design, so I knew how it was supposed to be read.

But, on the “testimony of 2 or 3 witnesses,” I went with Layout 3 instead. Once I completed the new design, I did see the wisdom of having fewer icons and more simplicity in layout.

This time I went wild with gradients and textures, instead of leaving the pieces flat with black strokes around everything. It added an amazing element of realism to the finished product that made it totally worth all the time and effort. So, are you better equipped now to handle the clutter in your bedroom?