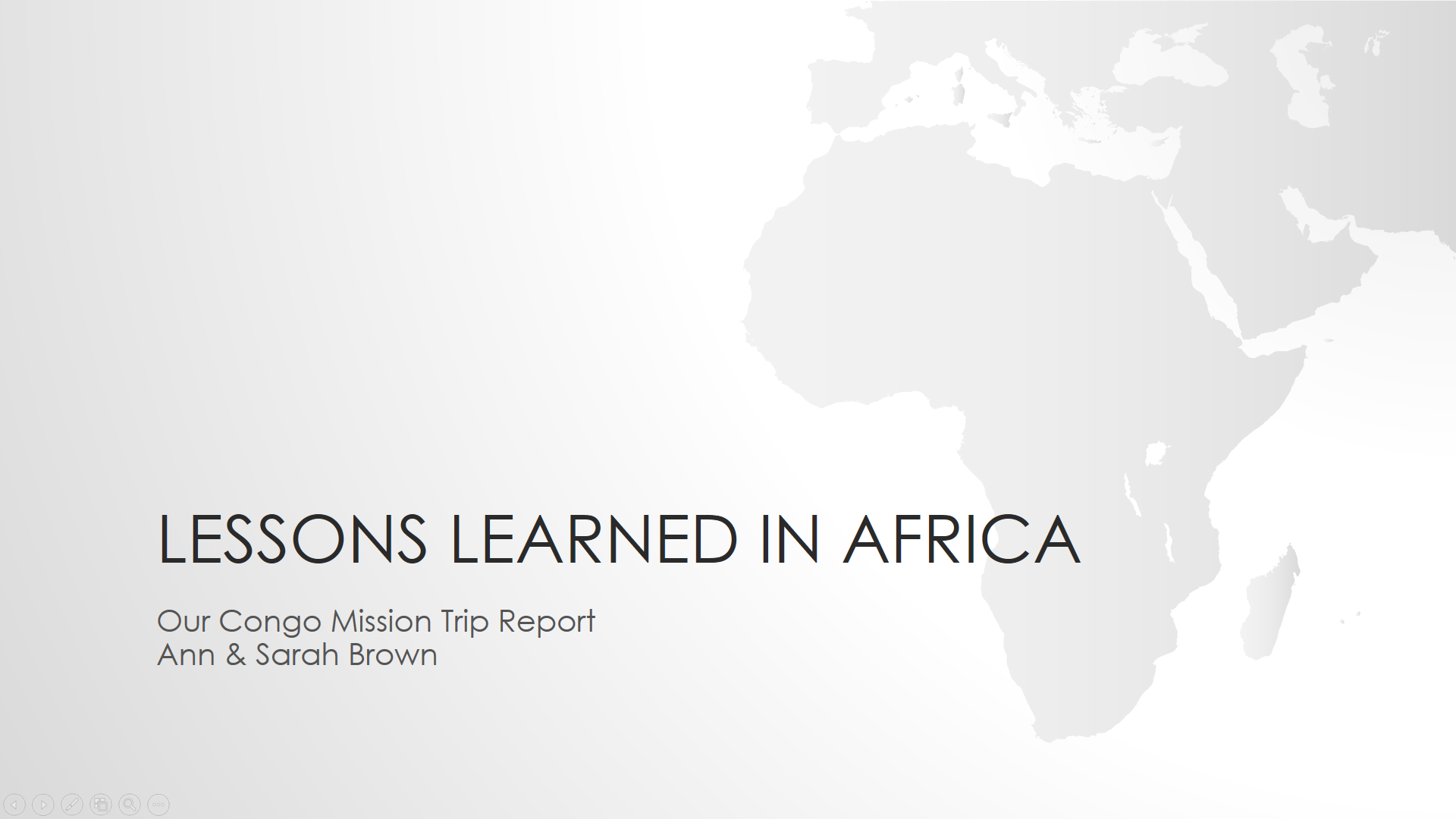 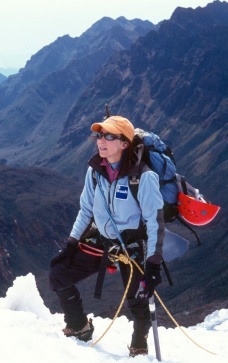 “Standing on top of a mountain isn’t important; it’s about the journey…and the lessons you learn along the way.”

My mom and I had a lot of mountain-top experiences during our months in Africa (6 months for me, and 3 for Mom), but most important for us were the lessons that we learned along the way. Over the next few blog posts, I’d like to share those lessons with you.

Lesson #1: We have an army of angels! 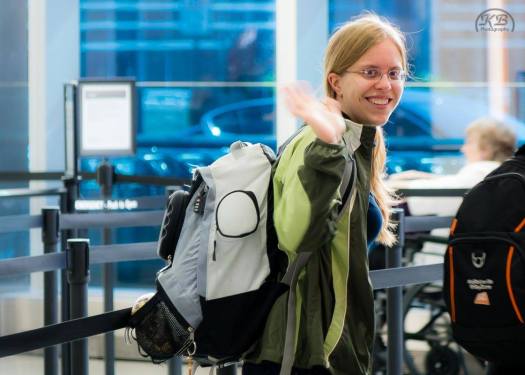 Above is a picture of me waving goodbye last September to my parents and my cushy American life, as I embarked on my adventure into the Democratic Republic of Congo–my first time ever away from home for an extended period of time, my first time ever off the American continent, and my first time ever on an airplane (and I had more flights in those next six months–eleven flights to be exact–than some people go on in their entire lives)!

Soon after I left, a relative said to my mom, “I wouldn’t let my daughter go to such a dangerous place like the Congo unless she had a whole army going with her!”

My mom answered, “You know, as a matter of fact, she does have an army going with her–she has an army of angels!”

“Go therefore and make disciples of all the nations, baptizing them in the name of the Father and of the Son and of the Holy Spirit, teaching them to observe all things that I have commanded you; and lo, I am with you always, even to the end of the age.” Amen.

Lesson #2: When God has led you somewhere, He will take care of you! 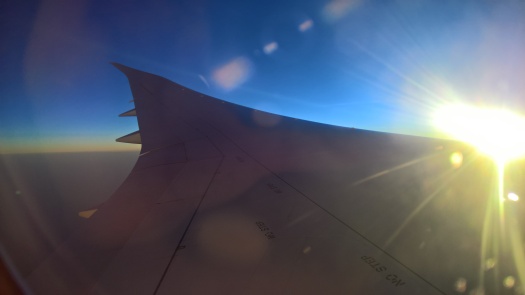 I don’t know why, but it didn’t actually hit me that I was leaving home for six months until I was on the longest flight (14 hours), when it was too late to turn back. Suddenly I was overwhelmed by fear and nervousness. All I could do was say, “What am I doing?” Sure I was going down to a mission run by families that had been friends of our family for years… sure they had told what to expect… but did I really know what I was getting into? I wouldn’t really know until I was there, and that thought was scary!

It was at this time that Psalm 139:9-10 was very comforting to me, especially when I put in a couple of substitutions:

“If I take the wings of the [airplane], and dwell in uttermost parts of the [Congo], even there Your hand shall lead me, and your right hand shall hold me.”

Oh, how wonderful it was to know that the same God who had clearly opened the doors for me to go on this mission trip would hold me in His hands through all the unknowns ahead!

Stay tuned for Part 2 of our African Adventure!